On Friday we were honoured to welcome Harry Galvin, President of the National Irish Safety Organisation (NISO), to our Carrick on Shannon Headquarters. He presented King & Moffatt Building Services with the NISO Distinction award which the company won in October and he was also kind enough to present King & Moffatt’s Health & Safety Awards for 2017. Congratulations to all this year’s award winners!

It was great to see the enthusiasm and importance placed on safety by everyone on the day. 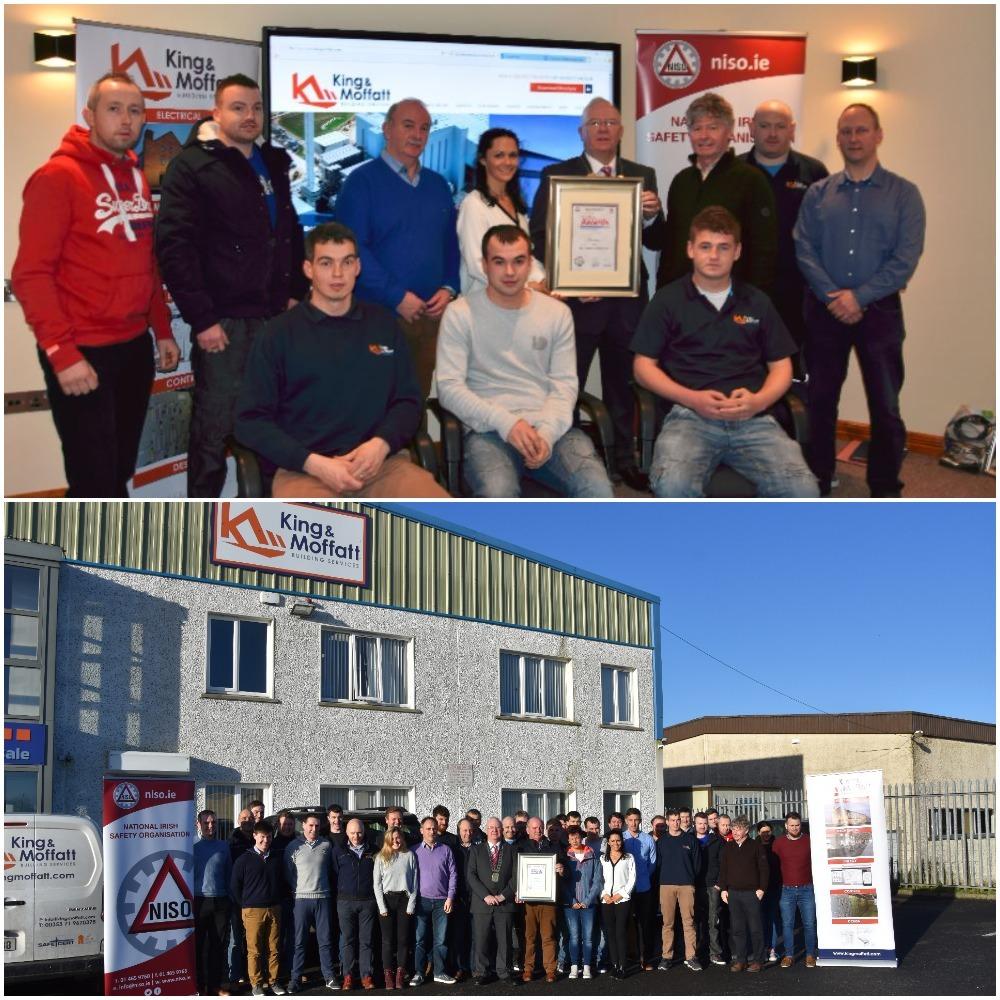